I was in secondary school when I realised that I have a knack for the written word. My professor of Croatian language used to single out my essays as an example of good writing. I would look at her in disbelief, sitting in my chair, hiding behind a pile of books borrowed at the library and wondering: What is she talking about?! It didn’t take long for her to ignite a spark in me, one that society could hardly wait to smother as soon as possible. Soon enough, my writing was at the very bottom of my priorities. Despite the fact it made me feel good. Despite I felt as if entering into a different, magical world while writing, I stopped practising it altogether.

People gave its verdict, and people should be listened to. They know what’s right and what’s wrong. What is acceptable and what falls into the same category with unicorns, fairies and life in the clouds.

This was not the first time I allowed myself to be affected by other people’s opinions, and it wasn’t the last, either. People often used to nag me because I’d often chose to do what they didn’t approve of. Sometimes I would resist them, too often, I would not. I remember when my husband and I decided not to baptise our son, even though, as Catholics, we were expected to do so. Yes, we were and still are Catholics, but the lapsed ones. Hardly anyone saw this as our choice that needed to be respected. More as something too different not to be nagged about. Condemn me freely, accuse me of blasphemy and bad parenting. However…

I still believe that it’s a greater sin to do something out of habit, because it’s a custom, or because everybody does it.

If it’s something you don’t live by, something that doesn’t really mean anything to you, it’s nothing but an extra tick on your to-do list to make people around you happy. After all, what kind of choice do I give to my child if I impose someone else’s beliefs to him or her at birth?

There is something inside us that longs for acceptance. No one wants to be the black sheep, the one people point their finger at. Even the bravest among us, those who dare, too often give in. Sometimes the pressure of society is unbearable, its persistent voice echoes through our being until we become brainwashed.

There are no more unique and creative beings than us. Still, we do our best to fit into the mould of the majority and get the approval and validation of people around us, all while convinced that we’re free and living our lives following our own rules.

I’m one of those who absolutely don’t care how or with whom others live as long as their choice is truly theirs and does no harm to anyone. If I don’t agree with what they represent, I don’t argue, I withdraw. Why would anyone change for me? Why would I change for anyone but myself? Why should everyone agree with me? Why would I have to agree with everyone?

Isn’t our every attempt to change ourselves just to please someone else a classic example of Sisyphus’ work?

We push, we try hard and just when we think we’ve reached our destination – satisfied people – we fall from the top of the mountain because we keep forgetting that people cannot be satisfied. Just one small, in their opinion, the wrong move and we are once more all the evil and wrong that selfishly wants things their way.

So why do we do it? Why have I been doing this, and why do I still find myself doing it unconsciously, regardless of the effort I put into not letting anyone shape me to fit their needs?

It’s an easier way. The other day it became perfectly clear to me.

My son is not a typical kid. Aside from being a demanding and very stubborn child, he does little by relying on the rule of the majority. For example, when we go to the playground, he won’t, like most children, rush in and start playing. He’ll stand aside and observe as if the playground represents the ninth circle of hell. Only when he carefully evaluates everything does he step inside, carefully choosing whether and how to approach somebody.
Sometimes he doesn’t want to go to the playground at all. Sometimes he makes me stroll around the park, wandering beneath treetops, uphill and downhill. All while asking me a million questions that are almost impossible to answer, but he duly expects them to be answered. He becomes upset if I’m not able to meet his needs. My husband and I jokingly call him little Hitler, because everything has to be his way and it’s not the slightest problem for him to express his thoughts clearly and loudly. Sometimes his peculiarity is exhausting, I find myself trying to catch his rhythm, and in my mind, I scream: Why on earth you can’t be like other children?! Why do you have to be special?!

As soon as I speak these words, I feel ashamed, even though they are never spoken aloud. I realise that each of us tends to observe askance everyone who’s stepping out of what’s typical, preferring only the well-travelled roads, for one reason alone: It’s easier. This way, we don’t have to use our own brain much. We don’t have to think, we don’t have to pay too much attention. This way we’ll avoid people talking, and we’ll all live happily ever after. Right.

I’m armed with patience, and without a word, I follow my son’s peculiar ways, becoming aware that our own children can teach us a lot. All that’s enough is to let them express themselves, and to forget the common saying: What do the children know? Because they know. Sometimes much more than we do. 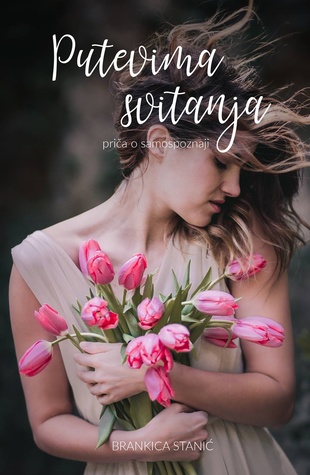 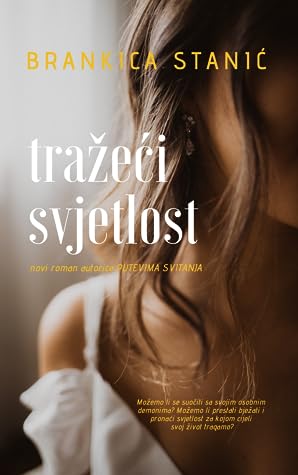